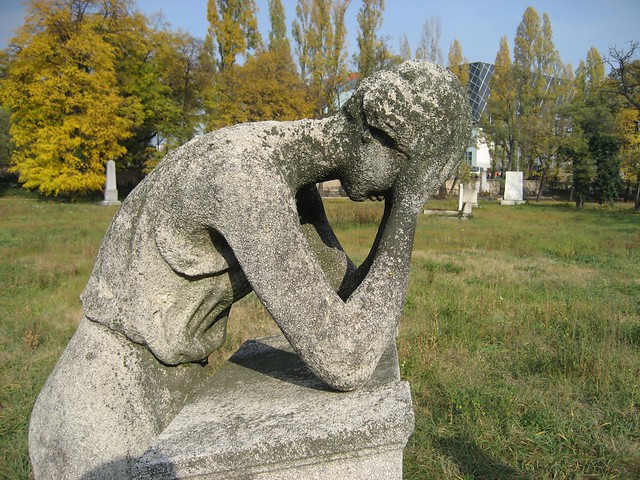 Her story inspires imagination. The woman described in Luke 7. Who was she? What is her story? What was her childhood like? Did she have parents who treated her with kindness and respect? Had she been hurt or abused somehow in her young life that resulted in poor life choices, either her own, or others choices for her? Did she feel used? Did she feel trapped?

If I was writing a fiction story about her, those would be the questions I would answer. We must ask ourselves these questions, I think, when we come to scripture like this. It is so easy to judge. So easy to think ourselves above her, or find ourselves immersed in “chronological snobbery” as C.S. Lewis would say. When we put ourselves in her place, imagine walking in her shoes, if only for a moment, that is when grace begins to infiltrate our dreary souls. We are all desperate for that infiltration. We are desperate for that Grace.

The Bible leaves out the details about who she is. We don’t even know her name! We know only that there was a woman, well known for being ‘sinful’. Most of us have assumed or been taught that she was a prostitute. The Bible does not label her that way, but the rest of us have. Whatever her sins were, she has clearly been defined by them. Everyone knew she was a sinner. Herself included. Seeking grace and forgiveness from the people around her had clearly not panned out. She carries the labels people have placed on her wherever she goes.

This woman’s very foundation is shaken when she meets Jesus. She finds out where Jesus will be dining, and she decides to go to Him. It does not matter to her that He will be at the home of a highly educated and religious man. A man who could have been the one who gave her the labels in the first place. It doesn’t matter that she was uninvited and would be breaking every social rule. She is drawn towards Jesus. She is drawn towards His goodness. The grace and truth that He is. She longs for it.

Walking into that home, uninvited and unwelcome must have taken a great deal of strength and courage for her. She knows that she must walk through that crowd of people with their opinions and judgements, in order to get to her savior. Bravery begins to build in her soul as she gets closer to Him. The weight of her own sin, the weight of the judgements against her begin to lift. She feels the love, the acceptance, the grace from Jesus as she gets closer. By the time she reaches Him, she can no longer hold it together. She is overcome. She throws herself down at His feet and weeps.  She anoints His feet with her tears; sorrow and joy overflowing. The tears mingle with the expensive perfume she pours, and together they slowly wash away the dust and grime from his sandaled feet, and create an offering that she, and she alone can give. She lets down her hair in gratitude and freedom and wipes away her tears of sorrow.

Interestingly, the more freedom she feels in this moment, the more shocked the people around her were. A woman’s hair in that day was considered to be her crowning glory, sensual. No one was meant to see a woman’s hair except for her husband. For this woman to have such a public display of emotion towards a man who was not her husband, is scandalous. Even worse, taking down her hair in front of the group of religious men, goes against everything that would have been considered proper.

The Pharisee who had invited Jesus saw this. He said to himself, “If this man were a prophet, he would know who is touching him. He would know what kind of woman she is. She is a sinner!”

We must wonder to ourselves at this point in the story, why Jesus’ feet were still dirty. We take for granted here our paved roads and close-toed shoes, but at this time, there were only dirt roads and open-toed shoes. Culturally speaking, when guests entered into someone’s home, a good host would have a servant ready to wash the dust off of the guests feet. If they didn’t have a servant, the host would offer to do it, or have it available for them to do it themselves. To invite someone to your home and not offer this, was poor hospitality and a slap in the face to your guest.

When our friend enters the room and begins to cry at Jesus’ feet, she sees that His feet have not been cleaned. This host has not treated Jesus with the respect that He deserves. He invited Him in, but did not care for Him. This emotional woman weeping at His feet, gives Jesus the honor that He did not receive from His well educated, religious host, who certainly knew better. This is what we should be shocked about. The other men sitting with Jesus are shocked by this woman. They are shocked at her actions, her freedom. They are shocked that Jesus does not send her away.

Jesus’ response to the woman at His feet is beautiful and breathtaking. He is not shocked. He does not treat her as “just a woman”. He does not rub her sin in her face. He does not tell her to leave, or indicate that her presence is unwelcome. He does not tell her that her emotional response to Him is wrong or inappropriate. Jesus takes a moment to look at her. He sees her for who she is. He sees her sin and her emotion and her repentant heart and He honors her. In front of the arrogant, religious men, He esteems this woman for doing what they did not do, and being what they were not.

Then he turned toward the woman. He said to Simon, “Do you see this woman?

Do you see this woman? Do you see her? Do I see her?

Her sin after all, is not the point.

Jesus knew who she was. He knew what she had done. He acknowledged that this woman was a sinner, EVERYONE knew, especially her! But Jesus affirmed this woman, accepted her, SAW her in the midst of her sin and forgave her. Jesus loved her.

This unnamed woman gives us such a beautiful picture of faith, courage and love. She walks through the labels and oppression in order to throw herself at the feet of her savior, and in doing so is received with grace, love and acceptance. She faces her fear in order to learn that He is safe.

Therefore, since we are surrounded by such a great cloud of witnesses, let us throw off everything that hinders and the sin that so easily entangles. And let us run with perseverance the race marked out for us.. Hebrews 12:1